This post is dedicated to the memory of Lumumba [Professor X] Carson and Rafael Avery aka Shirt King Kasheme.

Yes, you’ll recognise the names of pioneering DJs Red Alert, Chuck Chillout, Mr Magic and jams promoted by Kiss FM on these flyers, but this throwback into time is fundamentally a celebration of earlier times. A trip down memory lane for all those who never profiled nor posed, for the people that simply found themselves embedded in one of the most exciting times in music history. These two clips feature one of the most well known and important curators of Hip Hop, Paradise the Architect. Paradise Gray as a Producer, was behind the boards on one of the earliest Rap groups that created a movement and a community, alerting a wide-eyed global audience to social-political issues during the period known as the golden era of Hip Hop. The group was the X-Clan. Paradise was also the promoter, Manager and ‘Your Host’ of arguably the most famous Hip Hop Club in history, the Latin Quarter in Manhattan. Like some of us that had the prescience to preserve their personal artifacts and what have become the building blocks of Hip Hop, Paradise kept all the flyers that did the rounds back in the late 70s and 80s, and not only the ones that he featured on with his crew the Brothers 3.

Paradise has shared 2 short clips, offering a brief synopsis of the faces that featured on some of the oldest flyers remaining today. There are photos and flyers for partys and shows for pioneers like the Cold Crush Brothers, Kool Herc, Melle Mel, Jazzy Jay, Clark Kent, Grandmaster Flash, Run DMC and so many other great innovators. Public Enemys FIRST gig as a Def Jam recording artist is featured. You’ll see flyers for venues like the Ecstasy Garage, the Audubon Ballroom & Harlem World [NOT just a Mase song you sissy]. There’s also documentation of iconic figures from Hollywood such as Chris Rock, and even Tracy Morgans Father Jimmy Morgan from RnB group TUFF. 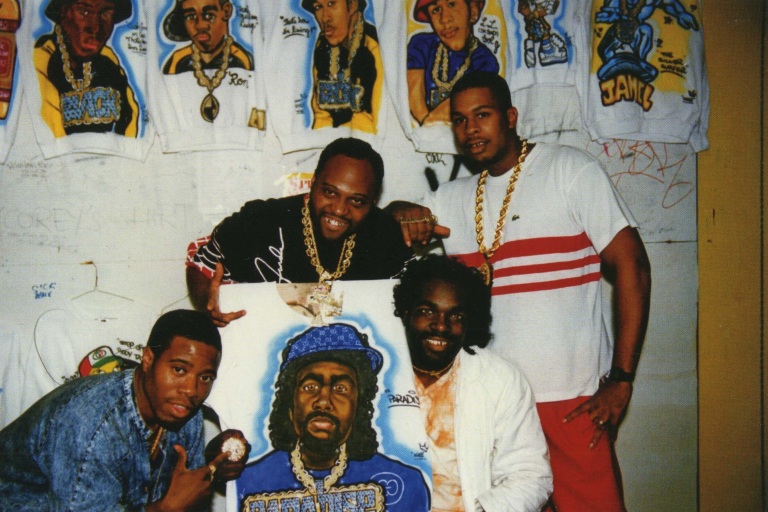 If you want to hear some wild recollections about the LQ like when a stick-up kid tried to snatch Jam-Master Jays fat gold chain, and how security guard Robocop pulled out a sword in attempt to quell a 2 hour ruckus, you should tune in to this interview with Paradise.

Huge respect goes to Paradise and to [Disco] Dave Hamilton from The Source Magazine.