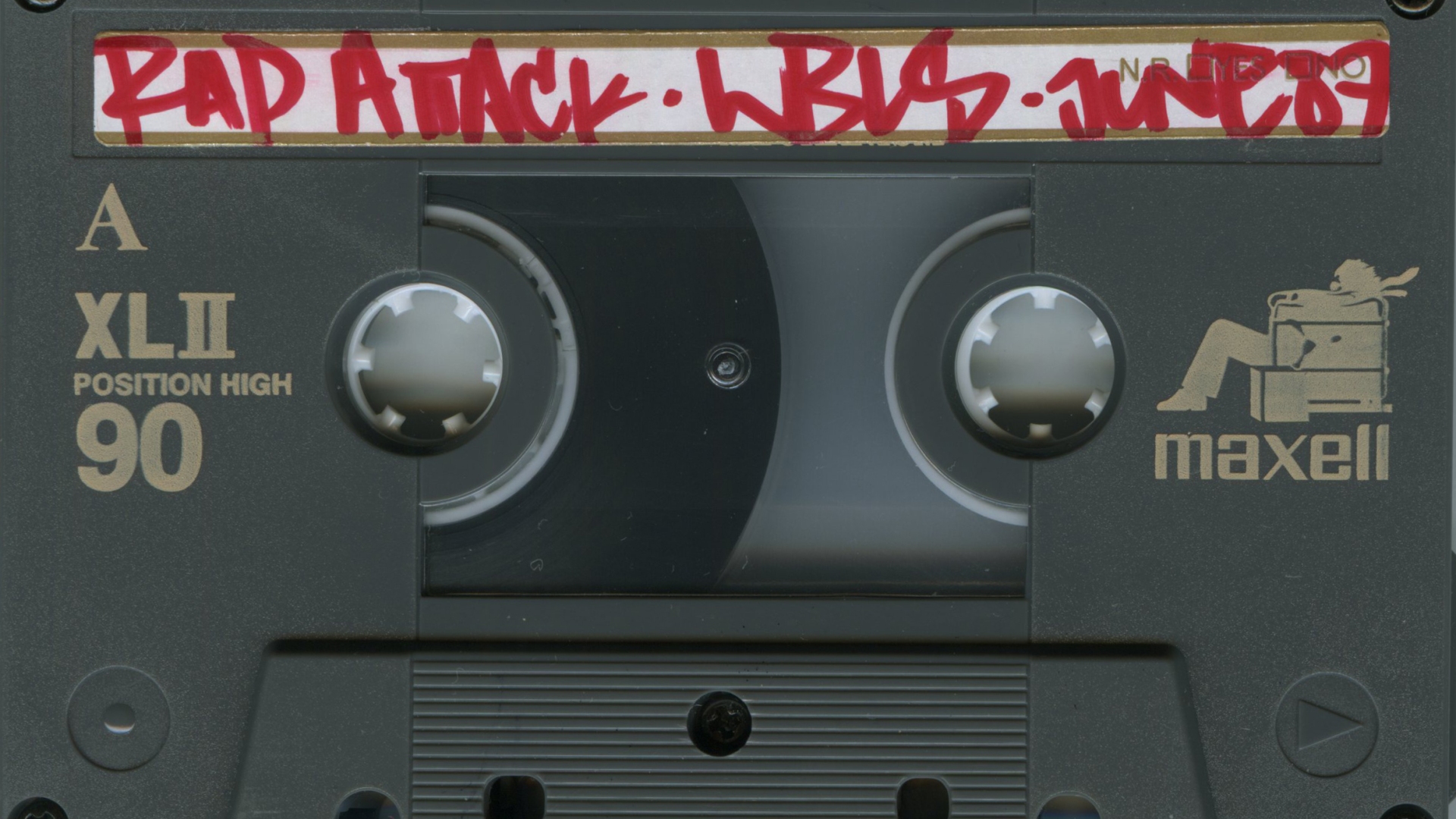 Okay, first up, we usually pride ourselves on our restoration results but from the jump, the quality of this classic Summer 87 recording sucked butt through a long straw; Distortion, crappy reception etc. Listen, when we was kids, having these treasures was like holdin somethin golden, so if ya can stomach this kinda thing, it is what it is. I tried restoring the sound but it was like polishing a tiny tape turd. 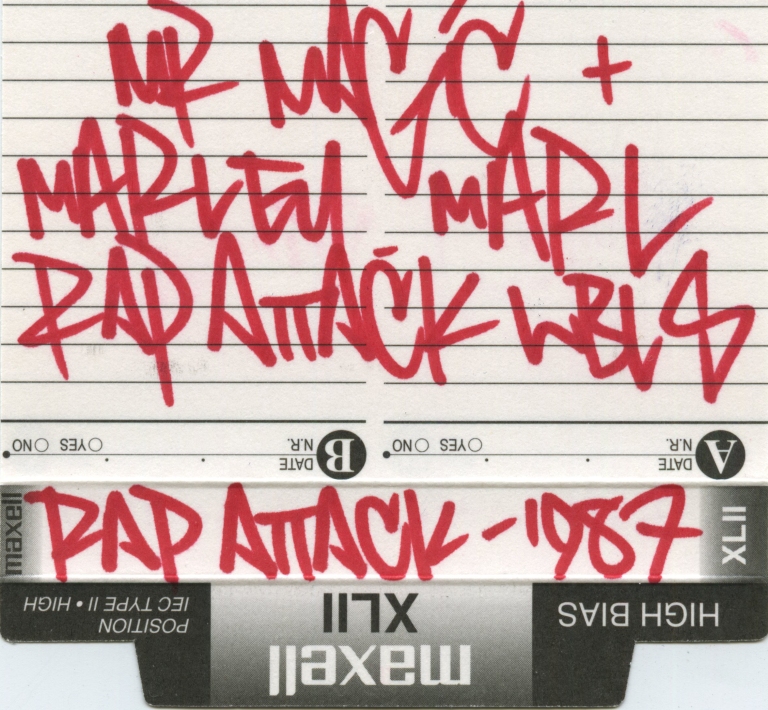 The ads for The Wiz are a time capsule on their own, the ‘OMG I Think Im Having a Rap Attack’ jingles will give you goosebumps, and Marley plays World Premieres of Roxanne Shante – Have a Nice Day and Fat Boys – Rock Ruling. A concert/ event on June 15th is mentioned at some point in the show so this is from some point before then.

Nerd note: I knew they were friendly enough rivals with the disses they produced and played on air, but I didn’t realise things got this trivial between Red and Marley. Oddly, Marley drops Red Alerts name outta the Kid N Play Last Night track…

[Last Night] I was on the phone
My girl was tellin’ me she was all alone
So I asked her if she was down to go
To Union Square, check out the show
She said OK she’d never seen spin

As ever, huge shouts to Jason Armitage for the cassette.