As well as doin our bit to point readers in the right direction when it comes to contemporary Rap singin wordsmiths we respect, we’ve harped on about the aural glory of listening back to US Hip-Hop radio shows from the golden days a few times here at RRR. This time round we wanna school you on a UK radio show from 1989, a very parochial sounding English Rap radio show by the name of the Out to Distress Rap Show.

Out to Distress was a programme presented by Leaky Fresh and DJ Owen D on Sunset 102FM from Manchester in the North of England [Incidentally, if anyone knows how long this show ran from, dont hesitate to school us]. Along with local legend Stu Allan and his Hip-Hop themed Bus Diss show on KEY103FM, Leaky Fresh and Owen D were Manchester DJs that started as The Master Jam MD’s in the early 80s. They’d played clubs and parties and ended up on Sunset102FM bringing that casual approach in the same way that Max and Dave did in London. The Out to Distress Rap Show was a mix show, with Leaky hosting and Disco Mix Club alumni DJ Owen D behind the 2s and 1s, cutting and blending new releases and chart topping Rap each week. Owen came 2nd behind Cutmaster Swift in the UK Finals of the DMC competitions in 1988. 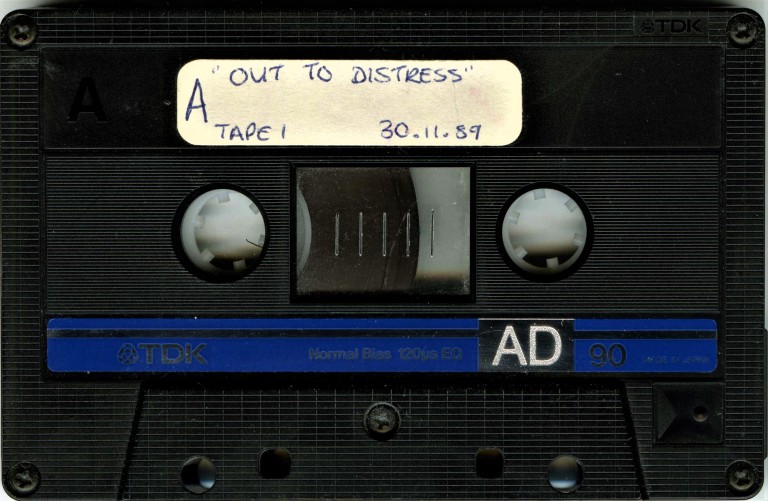 Mancunians on the whole are a top lot, and have a great sense of humour, this show highlights that humour and will hopefully enlighten those that havent heard of these guys before. It’s just another radio show from 1989, and somewhat of a novelty to some no doubt, but it’s still dope to listen back through the hum and the squelchy interference and the sibilation of 30 year old TDK cassettes, or maybe its just us.

Weve left the local ads for ‘Imagine Cakes in the Arndale Centre’ in for all the Mancunians. We also left in a indecipherable station ID from James Todd Smith, Magenta De Vine doin a program ad for an environmentally friendly show using BDPs Bridge Is Over as an instrumental bed, as well as Leaky repeatedly and cringingly saying “In the Hez?” These shows are NOT exactly classic material as far as tracks or exclusives or demos or whatever, but for us Brits, Owen Ds mixing abilities were pretty hot for the period, and tbh, listening back, it’s as much about the atmosphere, the mistakes, the dead-air, and the foolish cross-atlantic twang that irked us all during this period when British identity was fundamental within Rap, as anything. 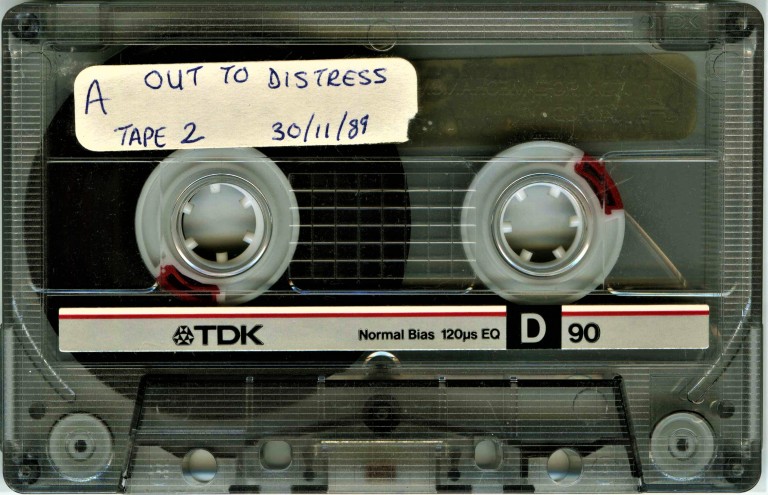 The tracks on this tape, after the personally loathed Ladies First, and Doin Our Own Dang, are great, get past that and ye cant go wrong. Markey Fresh, Steady B, Dismasters are erm, sure-shots, and anything off Done by the Forces of Nature is guaranteed too, especially if Owen D is ripping two copies of it.

HUGE propers to the graff writer Lyrical who blessed me with these back when we were penpals [yep] courtesy of HHC, a mag I later went on to work for. Lyrical [I think her name was Helen?] was the first vegan I ever knew, large ups to her. And if anyone in the North of England might know this person, pass this on, and ask her to get in touch !