Guru and DJ Premier in interview after a concert in London during Spring 1991, and the show from the following evening.

It’s a rare interview with Guru & Premier, shootin the gift on air with Tim Westwood, just hours after their incredible April 1991 gig at the Town & Country Club in North London. They rock up to the studios of Capital Radio to catch up on some promo for the forthcoming Step In The Arena LP, and they’re joined in the studio by an excitable Caveman crew. There are too many really interesting topics to mention, so just listen up at your leisure. They both give Tim major propage for stayin in his indy lane too. That didnt happen that often back then. Check out Tim gettin hyped when Primo kicks the knowledge on 10″ car-trunk woofers !

In terms of tunes, this tape is typical of 1991, chocked full of another bunch of crackers from Westwood, another fat tape, as it were. Tunes from 3rd Bass and Son of Bazerk and others but keep your ears peeled for the demo of Rampage by EPMD [& LL] and check out some new tracks from Dee La Soul and Trugay ? Erm. Fail. The IDs are great too; Ultra, Capleton and even a strange Clark Kent & Chubb Rock ID in which Westwood is referred to as ‘The Ignorant Man’ playing ignorant music…As well as remastering the tape, I have also added on the following evenings’ show. 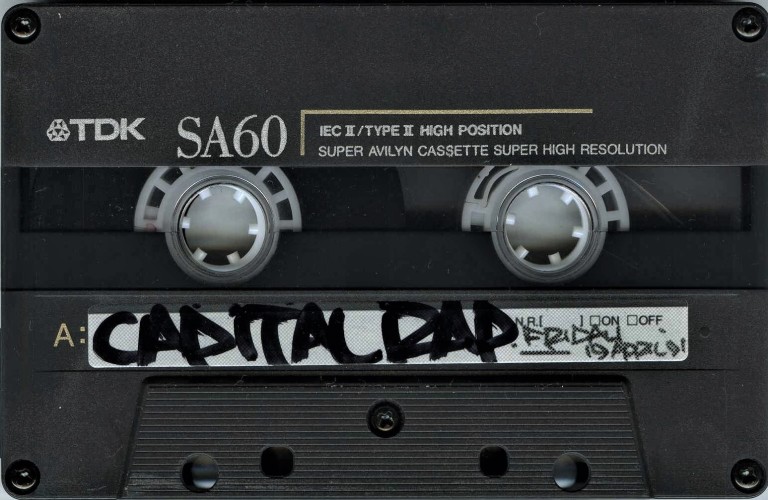